The company has also abandoned plans to open a greenhouse in Ontario. ”Nearly 17 months after the legal adult market was created, the Canadian recreation market has grown more slowly than expected, creating problems for working capital and profitability across the industry, ”the company said in the release. “In addition, federal regulations allowing outdoor growing were introduced after the Company made significant investments in greenhouse production.”

Site closings in Aldergrove and Delta, British Columbia - which account for more than half of Canopy Growth's growing operations in Canada - are expected to result in a pre-tax charge of C $ 700-800 million on Canopy Growth profits during the quarter. this will end on March 31. The company said it would likely incur other charges as a result of its organizational and strategic review.

Canopy shares fell nearly 2% in after-hours trading. Andrew Carter, a Stifel analyst covering Canopy Growth, said he was not surprised by the announcement. "We believe the company has carefully examined its culture footprint for current and future needs," said Carter in a note to investors. “But with 15 million square feet of licensed growing [in Canada] and the option of outdoor growing, the value of indoor production is limited, especially for greenhouse growing.” 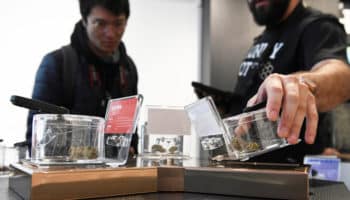