As the world tries to prove the safety of CBD, French authorities are questioning it

Movements are underway in Brussels to restrict the sale of CBD across Europe, with questions being raised over its designation as a dietary supplement.

After a six-year legal battle, the French entrepreneurs behind the product KanaVape seem ready to declare victory over their national authorities. However, it now seems that the French authorities are seeking to circumvent the advisory judgment by referring to the definition of cannabis and cannabis extracts from the Single Convention on Narcotic Drugs of 1961 (SCND).

This states that CBD, as an extract from the cannabis plant, is an illicit and narcotic substance.

The meetings in Brussels, which started on Wednesday and ended yesterday, could still lead to new limits on the sale of CBD on the continent. It comes as thousands of companies prepare to take on the challenge of adhering to 'novel foods' rules.

A prominent industry expert said that if the decision was taken to accede to the 1961 SCND (Single Convention on Narcotic Drugs), it would be a “Change of course” for the industry.

Un judgment rendered last month by a high-level French adviser to the European Court of Justice determined that CBD is not a narcotic and that it should be able to be tried freely throughout the European Union.

The decision, which marks the culmination of a six-year legal battle, has been hailed as it should force France to change its legislation to allow the sale of CBD extracted from the whole hemp / cannabis plant, or, failing this, to demonstrate that CBD presents a risk to health. Except that "a food cannot be a narcotic" ...

During this legal battle, the French authorities continued to adhere to the position, set out in the 1961 SCND, that cannabidiol, as an extract from the cannabis plant, is an illicit or even narcotic substance. .

A potential route to restrict the sale of CBD has been raised under EU General Food Law Regulation 178/2002, which states that a food cannot be a narcotic.

A source with extensive knowledge of the procedures said: “As the rest of Europe and other parts of the world try to prove the safety of CBD, French authorities are once again questioning it.

“One approach, which is being considered, is to rely on Regulation 178, which states that a narcotic cannot be sold as food”.

The argument for Directive 178 was first put forward in 2016, but as the industry has grown, attention has shifted to regulating CBD through novel foods.

London-based experts The Canna Consultants have published a lengthy analysis of this question which may be read here. Co-founders Matt Lawson and Steve Oliver told the newspaper BusinessCann : “Whether it is a French initiative or an initiative garnering wider support, this must be observed with attention.

“The potential ramifications of the final discussions can be very wide for the industry and it is important that we consider the negatives as well as the positives that are often presented at a glance. The way the hands are played can determine not only the future direction of the cannabinoid industry in certain regions of the world, even if there is one ”.

The European CBD market is booming and should represent more than one billion euros within a few years. One of the avenues for lifting restrictions on the sale of CBD would be for the United Nations to take the World Health Organization (WHO) view that CBD is safe.

Resolutions that would change the status of cannabis in the 1961 SCND and other drug conventions were due to be heard in March of this year, but were postponed until December.

CBD-Intel reported last month that the Directorate General for Health of the European Commission (DG Health) did not know how a hemp flower extract should be interpreted in the context of the 1961 SCND.

The report goes on to say that due to this new uncertainty, “all novel food applications for non-synthetic cannabinoids, including CBD, have been frozen and will not be considered by the European Food Safety Authority ( EFSA).

An expert based in the United Kingdom, who has an overview of the developments, believes that the end result for CBD could be the domination of isolates in Europe. 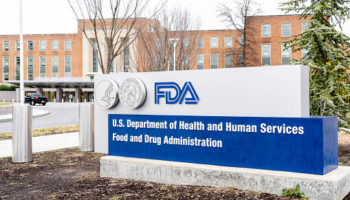 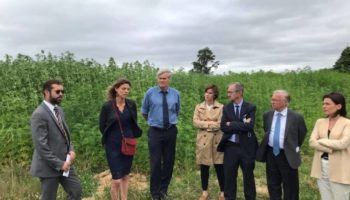