For $ 40000, your crop can start and the government offers you agricultural property

The green rush in Africa to update cannabis regulations is only just beginning. Zimbabwe is the second African country to legalize medicinal cannabis for commercial use. Second African country to change Zimbabwe's cannabis cultivation laws are fast becoming one of the largest centers for the production of all kinds of cannabis products. It's no secret that African countries quickly woke up to the booming industry focused on medical products. In just a few years, countries which for nearly a century have passed laws completely banning this plant in all its forms have virtually opened their countries up to legal cultivation overnight.

The first, Lesotho, has done so without considering its own citizens or their potential use of the plant, and so far all countries that have changed their laws have instituted high license fees that have opened the door wide to investment foreigners. Regardless of the exact impact on the country in terms of local populations, and their financial capacity to engage, this project creates a market that is attracting increasing interest from businesses in Canada, the United States and the United States. 'Europe.

Cannabis, or “mbanje” in Zimbabwe, is legally governed by the Dangerous Drugs Act and it is illegal to possess or use it. All procurement operations are illegal. Trafficking in cannabis can lead to up to 10 years in prison and a fine. Its cultivation is also illegal and is punishable by prison terms and significant fines. Basically anything an ordinary person does with cannabis in Zimbabwe is punishable by jail time and fines.

Zimbabwe does not have a government agency responsible for structuring drug control. It simply reports to the government and is managed by the Ministry of Health and Child Welfare, while the implementation of drug policy is left to the drug department of the police.

However, Zimbabwe has experienced extreme economic hardship, most of which is due to land reform issues aimed at redistributing land more equitably between black farmers and farmers whose ancestors were part of the Southern Rhodesian colony. . Of course, the privatization of white farmers resulted in a decline in the country's main crops: cotton, tobacco, coffee and wheat, which contributed significantly to the economic slowdown. Tobacco alone has faced increasing regulatory challenges around the world, and has seen its sales decline. The government has been on the lookout for alternative forms of industry across the country.

In 2020 :, the government of Zimbabwe decided that even if it maintained its tough measures on cannabis for its own citizens, it would legalize the cultivation of cannabis for research and medicine. This decision was followed, a year later, by an amendment that legalized the cultivation of industrial hemp. As nothing seems to have been said about setting up a medical program for citizens, the regulatory change for medical cannabis seems so far to be for commercial purposes only.

To set up a farming operation in Zimbabwe, a person or business must apply to the government for a license, provide a map of their growing site in accordance with country regulations, pay a license fee of $ 40000 or more, be prepared to pay an additional $ 15000 per year in addition to the annual fee, and an additional $ 5000 if the project requires research costs

The licenses are granted for a period of five years and can be renewed at the rate of $ 20000 for the standard royalty and $ 2500 for the renewal of the research part. These costs are of course in addition to the costs associated with carrying out commercial functions.

Overall, this is not a cheap business. A lower fee would have allowed the citizens of Zimbabwe to use this new legalization to their own advantage, while keeping them at a higher standard, which is an invitation to investors outside Africa. Many countries have legally separated CBD from the rest of the plant so that these products can be sold without being subject to the same regulatory standards as the THC-containing plant. In Zimbabwe, CBD is not separated from the rest of the plant and its sale, use and possession are all illegal.

In addition, the Ministry of Health has announced that all local and foreign investors who would start producing cannabis (mbanje) will be offered a 100% property and become full owner of their farms in addition to licenses to improve competitiveness. In other words, this continental market is starting to take shape and in an interesting way, regardless of the delay in imposing the final regulations. 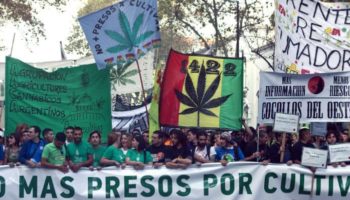