What are the best sugar substitutes for cannabis?

If edibles are a patient's preferred method of consuming medical cannabis, sugar could become a serious problem. So how can patients make an edible healthier? There are alternative ingredients that a person could try to make their own healthier alternatives.

America consumes more sugar daily than any other country in the world. According to The Diabetes Foundation, the approximate daily sugar intake for the average American is 126 grams. This represents more than 45 kg of sugar per year. Researchers and doctors blame sugar for the country's growing health crisis, including rising rates of obesity, diabetes, and heart disease.

Due to the health risks, this sweet ingredient is increasingly taboo, and now sugar substitutes are just as common on labels as they are in real life. Stevia, agaves and various syrups are slowly breaking the hold of sugar on our society, but are they healthier? Let's take a look at one of the most popular substitutes: Is stevia bad for you?

While it may seem odd to approach the subject of sugar from the perspective of medical cannabis, one has to consider the growing popularity of edibles. Analysts expect edible sales to reach $ 4 billion by 2024 in the United States and Canada. One glance at the aisle of a dispensary and the link with sugar is obvious. Today, most edibles are brownies, cookies, candies, gums, and soft drinks. The majority of them contain sugar.

The label may make health claims about the benefits of stevia, agave, or honey, but what's the truth? Based on current research, not all sweeteners are created equal. Sugar, whatever its form, will harm the human body if it is consumed in large quantities.

The white, crystallized and grainy sugar, found in most cookies and pies, is a problem. As a highly refined product, it contains absolutely no vitamins, minerals, or nutritional value.

Refined sugar has a high glycemic index, which stands at 65. The glycemic index is a scale that describes the impact of a substance on the level of glucose in the blood. A low glycemic index means slow digestion, absorption and metabolism. Sugars with a higher index lead to spikes in insulin and ultimately diabetes.

While high glycemic index sweeteners are worse, the main problem with any sweetener is the sheer amount that is in the standard North American diet. Whether it's agave syrup, honey or refined cane sugar, they all have the same impact. So it is best to ask the question "Is stevia bad for you?" rather than “Is too much stevia bad for you?

Research clearly details how too much sugar destroys the mind and body over time. In 2014, the American Journal of Public Health described2) how a diet high in sugars rapidly accelerates the aging process. Research has also repeatedly confirmed that more dietary sugar means an increased risk of obesity (as summarized in this BMJ article from 2014). Too much sugar can also lead to neurological decline and an increased risk of dementia, as the pages of The Atlantic report in 2018.

In almost all health measures, sugar has a negative impact. Clearly there is an argument for switching to low sugar diets and adopting better low glycemic sugar substitutes.

Sugar substitutes in cooking with cannabis

If you cook with cannabis, what are the alternatives to white sugar used in many recipes? Here are some options:

Stevia: Stevia is a new sweetener extracted from a plant called Stevia rebaudiana. Unlike all of the other popular sugar alternatives, stevia has no impact on blood sugar. This fact has led to its growing popularity as a substitute. Although there are no long-term studies on this plant, the Food and Drug Administration considers it safe.

Agave: This is a sweet extraction taken from the blue agave plants native to Mexico. It's popular with nutritionists because it's around 40% sweeter than regular sugar, which means a little agave goes a long way. Agave, although less refined than white sugar, does not contain valuable trace elements.

Maple syrup: Maple syrup is the concentrated sap of maple trees, a staple food in Canada. Each forty liters of sap drawn from the tree is equivalent to one liter of maple syrup. Like other natural sweeteners, maple syrup is primarily made up of fructose, but it contains antioxidants and several essential minerals.

Honey: Honey is slightly sweeter than table sugar and often has a floral flavor that depends on the flowers pollinated by its creators, the bees. Like maple syrup, it is mostly fructose, but it also contains vitamins and minerals, including niacin, riboflavin, thiamine, and vitamin B6. To get the most nutrients from a tablespoon of honey, patients will want to look for unrefined, organically sourced raw honey.

Fortunately, the foods are easy to prepare at home and the recipes are adaptable. Patients can experiment with salty options, healthier sugar substitutes, or reduced-sugar recipes. Instead of a cup of refined sugar, why not switch to a few drops of stevia or a small amount of raw, unpasteurized honey? The North American diet is already full of sugar; there is no reason why our medicine should be too. 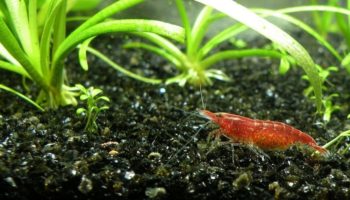 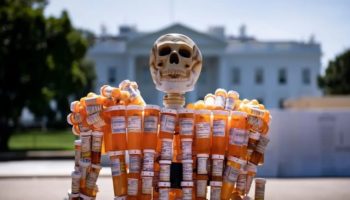 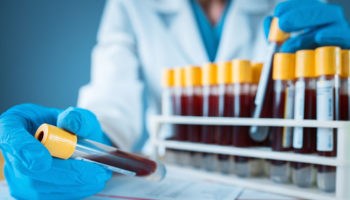 How long does THC stay in the blood?

What is Europe's position for high CBD strains?