Cannabis extractions only affect the level of THC in the blood

A study of 121 regular users found that higher potency of THC does not necessarily mean 'intoxication'. It has also been found that although balance and memory are impaired immediately after use, this impairment fades within an hour. According to researchers from the University of Colorado at Boulder, smoking concentrates increases THC levels in the blood, but does not necessarily lead to increased consumption.

In this study, the concentrations ranged from 70 to 90% THC for the concentrates and 16 to 24% for the flower. Despite the differences in THC exposure, flower and concentrate users showed similar neurobehavioural patterns after acute cannabis use, in the areas of memory and proprioception-driven postural stability for both groups. associated with THC.

Lead author Cinnamon Bidwell, an assistant professor at the Institute of Cognitive Sciences, said the study found that potency did not keep up with drunkenness levels and that although researchers saw striking differences in blood levels between the two groups, the balance was about 11% less stable after using cannabis and memory was compromised but in about an hour they were also dimmed.

This raises a lot of questions about how quickly the body develops tolerance to cannabis and whether people could achieve the desired results at lower doses. see micro dosage .

Study participants who used concentrates had significantly higher levels of THC in their blood before, directly after, and one hour after use, up to 1016 micrograms per milliliter, while levels of THC in the Blood of flower consumers reached 455 micrograms (0,001 mg) per milliliter. Yet their statements on drunkenness, as well as measures of balance and cognitive impairment were "remarkably similar".

Kent Hutchison, professor of psychology and neuroscience at CU Boulder, declared that if researchers had given people alcohol and raised alcohol levels in their blood to similar levels, “that would have been a different story”….

“The people in the high-concentration group were much less compromised than we thought,” he added.

The study suggests that regular users of cannabis concentrates likely develop a tolerance over time, that there may be genetic or biological differences that cause some people to metabolize THC faster, and once the cannabinoids fill receptors in the brain that trigger drunkenness, the extra cannabinoids have little impact.

No superior impairment of body or mind functions

In recent years, along with the legalization of cannabis in the various states of the United States and other countries, a huge market has developed with different intoxicating hemp products. Besides hash and weed, there are food, drinks, sprays and vaporizer cartridges, as well as countless CBD products. Cannabis extracts known as wax, shatter or budder, which contain concentrated amounts of the active ingredient THC, are also very popular. These products consumed in the form of dabbing sometimes contain proportions of psychoactive substance of up to 90%. Therefore, it was also speculated that the resulting drunkenness should have much stronger effects than those caused by regular weed. Today, this Boulder University study can refute that hypothesis after examining people for their inebriation. Cannabis concentrates only affect the level of THC in the blood instead of affecting motor and cognitive abilities as a result.

Bottom Line: Researchers do not yet know how the group of cannabis concentrate users got such high THC levels without other symptoms, but they suspect that there are some things at play: Regular concentrate users have likely developed some form of tolerance over time. There may be genetic or biological differences that cause some people to metabolize THC faster. And the extra cannabinoids may have little effect if the above-mentioned marijuana compounds have already filled the receptors in the brain that trigger the high. “Cannabinoid receptors can be saturated with higher amounts of THC, so that only a reduced effect occurs with additional THC,” the study said. 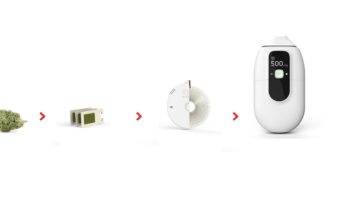 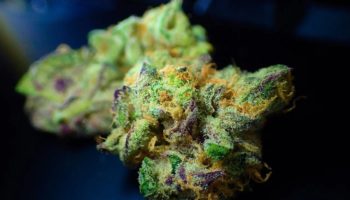