Haschich in Hand: How to Hand Rubbed Hash and Finger Hash

Who said you had to be heavily equipped to make hashish? You already have the basic tools to produce: your hands.

Nevertheless, before starting, one must see in detail how these methods work, and especially, if they are effective.

The Hand Rubbed Hash is a simple and easy way to make hashish, but it's a horribly inefficient way. All you need are your hands, adequate cannabis buds and willpower.

Most of the resin falls to the ground, nestles deep in the buds or adheres to the leaves. Hand Rubbed Hash is of lower quality because it contains more debris than screened hash or water extract.

Making hash using the hand rub method is common in the Himalayan regions, Nepal, India and Kashmir, wherecharas"(Indian term for this specific type of hashish) are quite common.

Most small cannabis growers collect some hash, with their hands or with tools, at harvest time when cutting cannabis to remove leaves. Most of them only know this type of hashish.

The best cannabis used in the manufacture of hash are very sticky and resinous, so that the hand is covered with resin. Make sure the resin can easily be rolled into small balls to remove them from the hands.

These cannabis plants must be particularly healthy, strong and mature. The buds must have rich leaves of a beautiful green color, with some having begun their yellowing.

Be sure to remove brown, crisp, burnt or dried leaves before starting. Cannabis plants are very strong and vigorous rubbing without excess may be necessary. Once you have collected the resin on your hands, you want to make sure nothing else or debris mixes with the resin. This ensures a cleaner and purer hash.

How to make hash by hand

It is done by slowly moving the hands on the bud, rubbing continuously in both directions. Rub your palms and fingers between resin-covered flower clusters to make contact with as much resin as possible.

Each branch must be rubbed from 20 to 30 seconds if not more. Aromatic fragrances are released while the buds are rubbed. Enjoy its smells!

The resin glands stick slowly to the hands at first. But once they are covered with a slight luster of resin, the accumulation process accelerates. Remove the foliage or debris from the hands as soon as it sticks so that the resin remains pure.

To remove the resin from the hands, rub your palms together so that the resin clusters form small, sticky balls. At first, the resin will quickly rise again. Put the balls together to form a single piece. Use it to rub the resin on your hands and help remove it. If hands are moist, absorb moisture with a paper towel before removing the hash.

Once you have collected the hashish, knead it in your hands until it reaches the desired consistency. Hand Rubbed Hash is best appreciated a few weeks after harvest. Collecting resin in this way is time consuming. An average collector can rub all day and collect only five to ten grams!

And the "Finger Hash"?

The "Finger Hash"Refers to the resin that builds up on a producer's fingers as he takes care of his cannabis plant. This usually occurs during harvesting and when handling buds. The resin is exceptionally powerful.

During the flowering of the cannabis plant, the flowers produce ample trichomes. Trichomes are sticky filaments resembling hair that has a crystallized appearance. The picking of the flower buds during harvesting and handling of the leaves of the plant breaks the trichomes and attaches easily to the fingertips.

Finger Hash is removed from the fingertips after harvest as the sticky resin contains high levels of THC and other cannabinoids.

Some producers wear latex gloves during the harvest. Thus the trichomes of the plant adhere to the ends of the latex gloves. After harvest, the producer can remove the gloves and place them in a freezer. Cold solidifies the resin that is easily removed from the fingertips of latex gloves. Thus it can also be used in the manufacture of cannabis and medical cannabis products.

In other parts of the world such as Morocco, Nepal and Pakistan, the term "finger hash" refers to the resin that accumulates when plant material rubs through a series of screens to separate the glands. resin flowers. The manufacturer uses his hands to scrub the plant product through the screen. The sticky resin of the plant accumulates quickly on the fingers and hands of the person. The resin is then removed and used to make hashish.

To read : MANUFACTURE OF HASCHISCH WITHOUT SOLVENTS 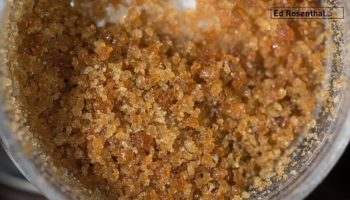 The hash has cold water 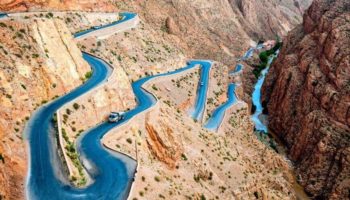 A wildlife park treats animals at the CBD

Canada: An academic training to learn how to grow weed

The winning buds of the 2018 Cannabis Cup