In France, where do we stand with regard to experimentation with cannabis?

The National Assembly gave the green light in 2019 but since that time the project has stagnated ...

Are the sick sidelined? On October 25, 2019, the French National Assembly gave the green light to an experiment for the medical use of cannabis as part of the examination of the social security financing project for 2019. ANSM (National Agency for safety of drugs and health products) having validated the project, its director general thought, that it could start at the end of 2019, however too optimistic, it was agreed that the experiment would be postponed until January 2020. A first postponement took place in May 2020 for a start in September 2020 and now, under the pretext of covid, we are talking about January 2021.

Several associations of patients, doctors have recently stepped up to the plate, in different media, to shout their indignation. The problems of these successive postponements are however easy to understand. On the one hand, no decree has been published to date with regard to this experiment and, on the other hand, no budget has been allocated for its implementation. It is also not certain that the nursing staff are currently sufficiently trained in this type of therapy. The Directorate General of Health ensures, however, that a publication of the decree is scheduled for the month of September, doctors and patients, who keep their feet on the ground, in doubt.

Beatrice B, one of the blog-cannabis collaborators, testified on this subject in the Leparisien newspaper and provides us with further details.

I had already suggested that this 1st postponement would be followed by another, I was not mistaken. Why ? Again the excuse of covid! it's a bit short. It seems obvious to me that for more than thirty years the various governments have lacked relevance by refusing to look reality in the face but also political courage and especially humanity, probably preferring to respond to the demands of the powerful lobbies of the pharmaceutical industry where to please their electorate. I recall the old adage "when you want you can. “

France is one of the only European countries to be so reluctant to legislate on medical cannabis, it seems that it is easier to make laws to sanction simple use, with fines, than to talk about the real problems of background on medical cannabis. Spain, Italy, Switzerland and Germany, which are on our borders, have already made significant progress on this subject.

Everything suggests that in France the drug policy is being undermined, or even abandoned. Prevention is only carried out in a “repressive” mode, scare is their solution and we see every day that it does not work. It might be time to consider another approach to the subject, such as providing objective information and developing more broadly the reduction of risks and damages linked to drug use.

We are still governed by the law, known as the “law of 70”, which prohibits discussing a drug in a favorable light. Cannabis is still considered as such, it is difficult to get another view of the plant accepted and to talk about the therapeutic vector if it is still impossible to state its benefits, proven and validated abroad, without going to the door to wrong with this one. All the same, our legislators should be aware that society has been evolving for 50 years!

During this time there are sick people suffering, they wait and hope. The postponements decided by “the summit” are perceived by patients as a denial of their existence, a non-recognition of the urgency of their situation and also for some as an endangering of their life. As for the doctors, they remain in the impasse vis-a-vis the justified requests coming from some of their patients in therapeutic failure. What to answer them, what to say in the face of their dismay.

It is possible that this experiment is a step forward, but it remains too limited since in fact there are only 3000 “places”, out of around 15000 patients who would like to have access for recognized medical reasons. How and on what criteria will the “triage” be done? difficult to answer, at the moment nobody dares to answer this question… One thing is certain is that many will remain on the floor, with no other solution than to live in hiding or illegality, it is unfair and unacceptable. We no longer want to be seen as delinquents!

What about the supply and the price?

Currently, the cultivation of hemp greater than 0,2% thc is prohibited, it would seem that the development of a therapeutic cannabis made in “France” is compromised by a lack of anticipation at the legislative level. As a result, the ANSM has only 4 months, if it wishes to respect the date of January 2021, to launch calls for tenders on the international market. France will therefore have to look abroad, it will also be necessary to rely on the generosity of suppliers, the budget being equal to zero. A thorny problem, you might as well believe in Santa Claus.

It only remains to be attentive to the evolution of the situation with regard to medical cannabis, it is likely that we will know more in the course of the coming week, on September 16 the deputies of the parliamentary mission on therapeutic cannabis should publish their recommendations.

For doctors, we will therefore have to wait and hope that the situation can change as quickly as possible.

For the patients, who continue to live with their ailments, it is disgust, for lack of “places”, good numbers will have to be patient and try to continue living by enduring not only the disease but also the societal stigma and the consequences. of the law, that is to say, police repression and the legal risks incurred.

To fight to ensure respect for a fundamental right such as that of health care, a real paradox in the land of human rights. 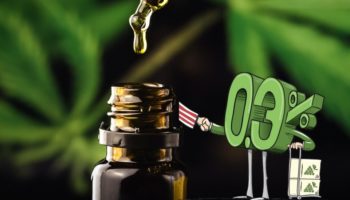 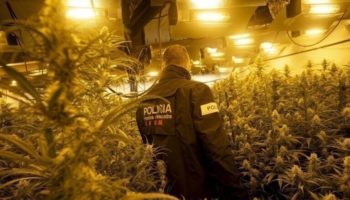 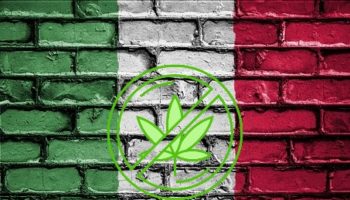 Here are the 6 best strains rich in THCV

Are there any side effects to taking CBD?