In 2017, cannabis use extends well beyond past consumption patterns. Today, consumers can take advantage of the cannabis plant in a variety of innovative forms, including resins. Indeed these would defranchise an entire generation of smokers ... Regarding these three forms of resin are all very powerful forms of cannabis ... On the other hand there is a great confusion regarding the consumption, advantages and disadvantages relative to each. With legalization, the number of marijuana users growing every day, it is important to note what differentiates them so much.

Resin, sometimes called "sap", is the term that describes the trichomes tights that appear on the heads (flowers) and leaves of cannabis plants. Trichomes produce all the medical efficacy and psychoactive effects of marijuana. And when they are dried, and collected, the trichomes are called "kief".

From an evolutionary point of view, the resin acts as a defense mechanism for the plant, helping it to stay alive throughout its flowering cycle. And this in order to reproduce successfully. Not only is resin the source of all plant cannabinoids and terpenes, but it also protects them from ultraviolet rays. The aromatic terpenes made by the resin serve as a deterrent to pests such as insects and animals.

Cannabinoids (such as THC and CBD) and terpenes are all contained in this resin. While more 400 chemicals are found in a typical sample of smoked cannabis, cannabis resin extractions offer a higher concentration of cannabinoids and terpenes.

Advantage of the resin

Terpenes are extremely volatile molecules characterized by relatively low boiling points. This means that any resin extraction process involving heat - such as butane oil (BHO) or rosin - will necessarily destroy some of the terpenes. This, in turn, will decrease the medical effectiveness of the sample.

"Resin" is also a common reference for brown or black "tar" that accumulates in bong pipes (especially if you smoke grass power). However, the resin is the resin, whether burned or not ... Some desperate smokers scrape the resin of their burned bong or pipe ... This in a final effort to get a last "high" of THC ...

Rosin, also known as "tech rosin", is a cannabis concentrate in which the dried and hardened flowers of the plant are pressed under a combination of heat and pressure to release a THC-rich resin. Unlike more traditional extraction forms, such as BHO and CO2, rosin production (translated by rosin) can be safely performed in the home.

While BHO concentrates are often made in the backyard, the process involves hazardous solvents that are flammable ... This can cause explosions, see charring buildings (usually due to improper handling). Similarly, the extraction of CO2 requires trained operators and very expensive equipment. In other words, BHO and CO2 extraction are decidedly industrial and professional procedures requiring specialized machines and installations.

Rosin (tech) offers a safe and healthy alternative involving absolutely no extraction solvent. And for the price of a hair straightener ... Indeed just press the buds for a few seconds to create a concentrated gold oil ... In addition, we must remember the rule: the quality of the Rosin is very dependent the power and purity of the buds used in its production.

Some innovative clinics in California are starting to offer on-site presses to their clients. This allows buyers to expand the variety of cannabis in their medicine cabinet.

Live Resin is the latest form of cannabis concentrate to emerge in legal states like California, Colorado, Oregon and Washington. Unlike "Rosin", but like BHO and CO2 concentrates, live resin requires expensive lab equipment and skilled technicians.

This increasingly popular and unique form of cannabis concentrate involves the cryogenic freezing of a freshly harvested plant at temperatures below -180 °. This process is called "full plant" or "full spectrum". It involves the whole plant, including flowers, leaves, branches and even the stem.

Cannabis users who focus on terpenes and their medical effectiveness gravitate toward the live resin. Because it preserves the terpenic profile of the plant. Other methods, such as CO2 and BHO, generally result in the loss of many or most terpenes due to the heat involved.

Because terpenes are responsible for the sometimes pungent smell of cannabis, the live resin has a much stronger aroma. In addition, it offers greater medical efficiency.

Because of cryogenic freezing, Live Resin is usually the most expensive form of concentrate. However, it is also the most promising when it comes to preserving medical efficacy. But above all, the best way to conserve the power of a freshly harvested plant. Live resins can vary between 65 and 95% THC concentration ... 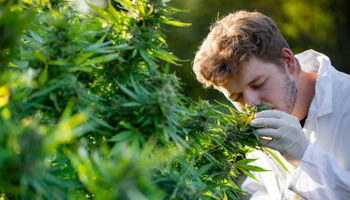 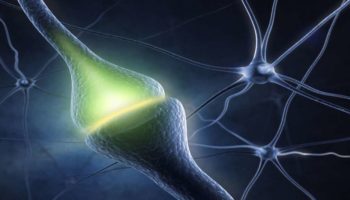 CBD for dogs with arthritis

Better buds with rinsing your plants before harvest

Why CBD water is an innovation?