Cannabis use increases in the elderly. Research suggests Americans over 60 show a link between weed consumption and a more active lifestyle. This new study examined whether cannabis use had an impact on physical activity in senior adults.

The stereotype of the “lazy stoner” is one of the most common when it comes to weed consumption. A handful of inconclusive studies promote the theory of amotivational syndrome however, a growing body of evidence challenges the idea that cannabis slows down the human body and impairs psychomotor abilities. A large number of cannabis enthusiasts, of all ages, have discovered the benefits of high intensity exercise, often with good results.

By measuring differences in body mass index (BMI), exercise behavior, and cardiovascular fitness between older cannabis users and non-users, this study attempts to determine who is more prone to exercise. physical.

The researchers interviewed the participants over a four-month period with an intensive training program. All participants were aged 60 or older and defined as sedentary, reporting less than 80 minutes of moderate physical activity per week.

The findings were published in the July 2020 issue of the American Journal of Health Behavior and are available online via Ingenta. Data suggests that American pot smokers aged 60 and over exercise frequently and have a lower body mass index than older Americans who do not smoke. The team came to the conclusion that cannabis does not have a negative impact on the exercise habits of Americans in this age group.

These results suggest that it may be easier for older adults who approve of cannabis use to increase and maintain their exercise habits, because potentially cannabis users have lower body weights than non-users. ” , write the authors of the study. "At a minimum, the evidence suggests that cannabis use does not interfere with the ability of older adults to engage in physical activity, participate in a supervised exercise program, or improve their physical condition through activity. physical ”.

Conclusion: These preliminary data suggest that the current status of cannabis use is not associated with a negative impact on fitness and efforts to increase exercise in sedentary seniors. Future studies should collect more detailed information on the patterns and forms of cannabis use to understand their potential effects on the health of older people.

When looking at cannabis and exercise, you have to consider the whole picture: Cannabis has the power, for example, to induce a mental state during walks, jogging and running which makes the exercise seem less tiring. Used safely, cannabis can cause more fun physical exercise, which makes people exercise more. There are many other mental factors that directly affect our desire to exercise.

Most people are aware of the “runner's high”, or natural release ofanandamide which binds to cannabinoid receptors in the brain. This would explain why some runners report the feeling of being stoned after a long run, and also why the athletes are frequently drawn to cannabis in the first place. By combining cannabis with exercise, one might assume that it enhances the effects of anandamide.

These conclusions are particularly relevant given the desire to promote active lifestyles in the context of generalized stoppages. Perhaps the best conclusion is how the study challenges the idea that stoners are lazy and inactive, a long-held belief that persists to this day. 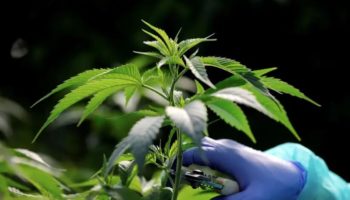 Legalization: Israel to decriminalize personal use of cannabis 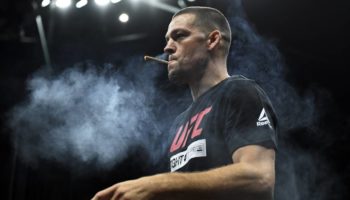 Study: 50% of MMA fighters use cannabis 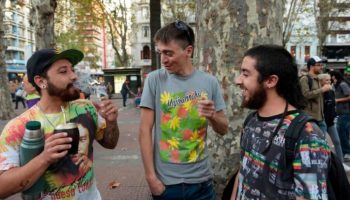