Some temples in northern Karnataka give weed as a practice.

While illegal cannabis operations are still clamped down in parts of the vast country of India, the plant is being promoted as a religious sacrament in other communities. police are rampant in many parts of the state arresting drug traffickers and destroying marijuana crops in the wake of Sandalwood drug trafficking, many are unaware that marijuana is sacred in some temples in North Karnataka .

The use is traditional since it was Mouneshwara who introduced it (marijuana) to people. Devotees and saints believe that this sacred herb shows the way to a better knowledge of spirituality ”.

Respecting traditions, the police seem to keep their distance from these temples and turn a blind eye unless a complaint is made. “We are now starting to crack down wherever possible. I don't know of any particular temples or mutts, but if we get any information we will search them, ”said Raichur SP Prakash Nityam.

According to a September 7 report, sacred temples in the northern region of the Indian state of Karnataka serve ganja as a sacrament. While the major religions of India are Hinduism, Buddhism, Sikhism, and Jainism, the country has thousands of sects and cults. The religious sect of Mouneshwara is included in the list of sects offering enlightenment through ganja.

Magnificent Indian temples are often adorned with colorful human figures, like the intricate Dravidian architecture found in many structures.

“The devotees and the saints believe that this sacred herb shows the way to a better knowledge of spirituality,” said Gangadhar Nayak, member of the Mouneshwara sect. “During the fair, everyone can come here and smoke. While some eat the ganja after boiling it, others consume it like tobacco powder ”.

The sacred use of ganja is a tradition that has existed in India for thousands of years. Meditation is an integral part of some Indian sects, and cannabis is used to enhance meditation.

Ganja is also used by the Sharana tradition, notably at Ambha Mutt taluk in Sindhanur in Raichur district. “I believe that ganja helps to achieve a kind of infinite happiness,” said Mahantesh K. “It is not addictive. Many smoke once a week or a day and meditate ”. Mahantesh has also attested to the medicinal benefits of cannabis. 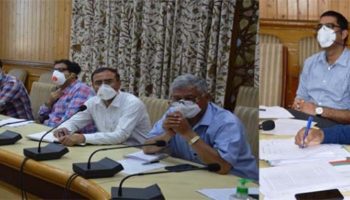 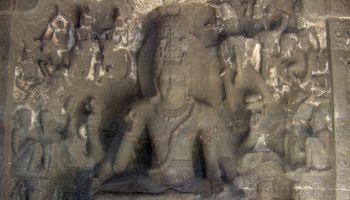 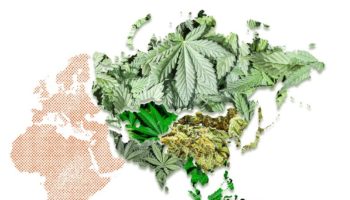