The legendary breeder of the popular Original Glue strain (aka GG # 4, or Gorilla Glue) has passed away, leaving behind a legacy rich in maximum THC, spicy terpenes, and deep relaxation that few could hope to match. Original Glue combines inspiration, destiny and above all the nose of a cannabis veteran. There is a good chance that Original Glue, called Gorilla Glue, specifically Gorilla Glue # 4, is popular somewhere near you.

“Don” aka Joesy Whales died on May 6 in Las Vegas following complications after a fall, according to his company spokesperson GG Strains. He was 69 years old. despite multiple health concerns, Whales and Catherine Franklin, (director of marketing and operations) established five-year plans for the creation of new GG strains. He officially passed the torch of GG Strains to a young producer, 10 Bears, in 2019. The retreat has already been planned for 2020…

In 2014, at 63, Joesy and his partner Lone Watty were busy crossing Diesels and Chems. They were looking for a method to combine both the power of THC and all the facets of terpenes and aromatic compounds. An accidental crossing led to a strain which became a back-crossed triple Diesel, with Chocolate Thai. Joesy and Watty recognized that the new plant could be a combination of THC and terpenes and their crossbreeding was evaluated at a 1 in a billion chance!

According to legend, the abundant resin of the Original Glue had the accidental effect of "sticking" to the telephone handset in Joesy's hand and this is one of the reasons why it was named as in commercials for the famous adhesive at the time.

A few years after its inception, the Gorilla Glue strain had become so popular that its creators faced legal threats for trademark infringement of the adhesive. But by then it was too late. Millions of stoners had stuck the name into their brains and labeled it as “very good weed”.

The legacy of Original Glue

GG Strains indicates that Original Glue (aka GG # 4) is a 37% sativa and 63% indica hybrid. It is white with resin and very airy. Its high levels of THC and terpenes induce euphoria followed by deep serenity. Joesy sometimes recommended the Original Glue strain for the PTSD (post-traumatic stress disorder) because some patients say it helps them sleep without nightmares or dreams.

“He was very good at the medical aspects,” said Catherine Franklin, director of marketing and operations, cultivator liaison and interim CEO of Certified Genetics.

Fake Glue strains proliferated, deceiving PTSD patients and prompting Joesy to incorporate the GG strains and to concede his intellectual property and that of Whatty to legal producers in the United States.

In 2020, Original Glue became the most sought after strain on Leafly, surpassing Blue Dream in the authoritative strain database. Leafly is visited by millions of people each month.

Even though Whales was an old school breeder, back in the days when no one was using his real name, and the dead end was a professional necessity. He never considered himself a celebrity. He never took the credit for it and always said, “Original Glue is special, not me”.

Online, in her Instagram direct messages, Whales made sure to answer all questions from novice breeders. Despite his success with the plant, he never got rich. GG Strains' licensing vision is just starting to bear fruit. Licensed clones and crosses are grown in several state markets, particularly in Washington state and Colorado. The royalties from each sale go to GG Strains, and to the families of the two men.

The original unofficial Glue is widely available. The growers reverse engineered the strain from tissue culture, forced selection, or a lucky packet of seeds. 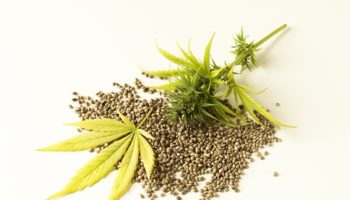 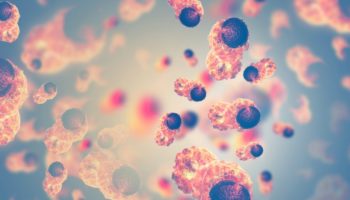